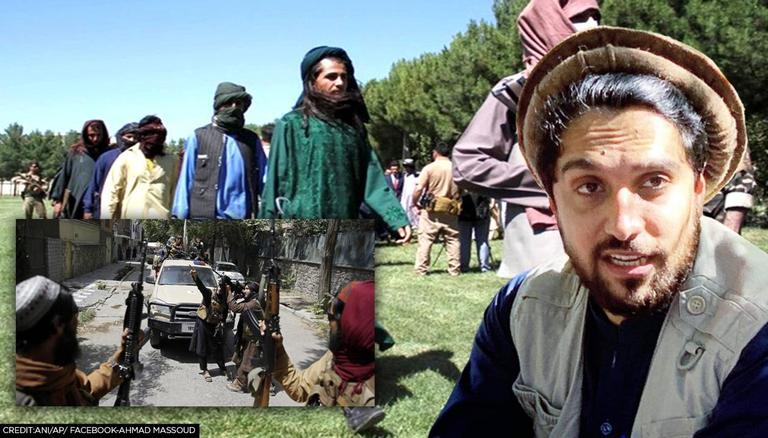 In the visuals, it can be seen that the number of local afghan people coming out in support and joining the Northern Alliance is increasing day by day to fight against the Taliban. Now, according to reports, Ahmad Massoud is hoping to hold negotiation with the Taliban, however, he also said that his forces are ready to fight against the insurgent group. Massoud was quoted saying, “We want to make the Taliban realize that the only way forward is through negotiation.”

As the new visuals of the Northern Alliance, which is being led by Ahmad Massoud, Republic TV on Tuesday spoke exclusively to the Strategic Affairs Expert, Lieutenant General Gurmit Singh. While stating that the resistance front is giving a tough challenge to the Talibani forces in Afghanistan, Gurmit Singh said that earlier the terror outfit had never faced such a tough resistance in Panjshitr.

Lt Gen Gurmit Singh said, “Looking at these visuals, it is clear that the afghan people are not ready to give up and they will fight with full force for their rights.”

When asked that what kind of international support is needed by the Northern Alliance in Afghanistan to fight the Taliban, the Lieutenant General said that the Islamic country has already been getting a lot of support from its neighbouring countries, including Tajikistan. “If we go back into the history, Russia and Iran have also supported the people of Afghanistan,” he added.

On August 23, several Afghan civilians were seen taking to the streets, demonstrating against the Taliban. The civilians came in support of the Northern Alliance and former Vice President Amrullah Saleh, who has challenged the terrorist group. According to Republic TV’s exclusive report, heavy fighting took place and around 300 Talibs were killed in the attack in Andarab. The escalations in resistance against the terrorist group have also been witnessed from Kapisa located in North-East Afghanistan.

Afghanistan’s ‘caretaker’ President Amrullah Saleh on Sunday, warned the Taliban to avoid entering Panjshir province as it was guarded by the National Resistance Front – led by Ahmad Massoud. Reminding the terror group of its casualties in Andarab Valley, Saleh irked the Taliban saying “some terrains are to be avoided”. Saleh, who was vice-president under the Ashraf Ghani government, is currently in Panjshir province and has now been launching an anti-Taliban movement with full power.

As US troops retreated after 20 years from war-ravaged Afghanistan, the Taliban launched an offensive taking over cities like Kandahar, Herat, and Lashkar Gah, gradually encircling the government in Kabul. Kandahar and Herat fell on Thursday, August 12, forcing government officials and their entourage to flee to the airport to escape the city by air, Mazar-e-Sharif fell on Friday, August 13, while Jalalabad and Lashkar Gah on Saturday, August 14, thereby strengthening the Taliban’s stronghold. The long-standing war in Afghanistan reached a watershed moment on Sunday, August 15, when the Taliban insurgents closed in on Afghanistan’s capital Kabul, entered the city and took over the presidential palace, soon after which former President Ashraf Ghani fled the country.